Only full album for exclusive price of 9 euros
and only at Digital Beat Music. 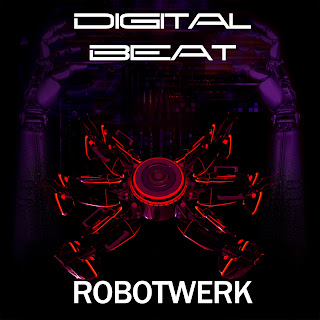 Check out my latest album Robotwerk in cdbaby. 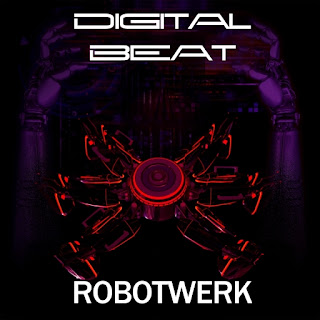 One of most notable industrial bands from Russia is Necro Stellar that
has done music almost now for two decades. I got interested for this
artist(s) around 2006-2007 when I heard their song Only Moon.
Their earliest style is electro industrial but latest
songs are more rock influenced like their track Spider that
has some nice rock guitar backing.
There´s some good imagery and nostalgia of longing for old and better times
without capitalism.
Head of the band Yuri is also a head of his own school of
magic and witchcraft called SPIRALNIX which is dedicated into study of
modern psychology and inner psychic powers of man.

Shadows of The Empire is a new imprint of Dutch Drum and Bass group Black Sun Empire.
Their style is very much of their own and both instantly familiar and very different but still with some clever drum and breaks programming with dark atmospheres with deep basslines.

There´s some of my favorite tracks such as Hypersun. Preview can be listened in their myspace page.
For full tracks you can consider Spotify premium or just buy their latest album "Lights and Wires".

more:
Read the interview and album preview in Phuturelabs

Sampling is a creative way of stealing and recording sounds and transforming them into something completely different. There is a hybrid style of music production with real and computer generated sounds or all with samples from analog source such as vinyl to digital without any computer generated instruments included. However it is more like a golden rule of a sample alchemist to use both analog and digital sources and mix them into new music loops. Hip Hop producers all time favorite must be Akai MPC series.

There is same kind of stuff everywhere in creative industry no matter what area be it movies, media or fashion.
Most blatant sampling in pop art was those soap cans by Andy Warhol. So boring subject could be transformed into something more colorful and eye catching.
In music sampling started to popularise as a technique during 80´s when you had access to more processing power with 16bit computers such as Atari Stfm 1024 or Commodore Amiga.

There are also few terms in sampling such as:
- sampling: to record a digital sound - usually from a vinyl record
- loop: piece of sing sound that can continuously copied repeated again
- microsampling: to sample a very very short duration of sound or noise that it becomes very unclear that where hell it has been originally taken from.
- Cut: is a very short piece of sound from a longer part of drum rhythm or another percussive beat.
See also Cold Cut


Renoise and my music


I have used trackers now for nearly two decades and only Renoise is giving me enough options to create music with good old tracker style and combined with the latest vst instruments.

Yes it is confirmed they are humans after all not robots. Bring back the good music guys! It does not matter because there´s too much fucking bad sounding electronic music out there like Skrillex and DJ Tiesto, Guetta whatever.

Very good stuff from Venetian Snares.
Posted by Unknown at 22.6.13 No comments:

Excerpt from the lyrics from track 3 "Giorgio by Moroder" on the latest Daft Punk album Random Access Memories.

So basically on this track Giorgio Moroder tells about the history and beginning of the future sound that started the era of futuristic disco music.
He had a consept in his head that needed to be solved in studio by using click sound as a recorded metronome sound to be used as a sync for all tracks. ------

I would partially sleep in the car because I didn't want to drive home and that helped me for about almost two years to survive. In the beginning, I wanted to do an album with the sounds of the 50s, the sounds of the 60s, of the 70s, and then have a sound of the future.

I know the synthesizer, "Why don't I use the synthesizer?", which is the sound of the future. And I didn't have any idea what to do but I knew I needed a click so we put a click on the 24 track which was then synced to the moog modular. I knew that it could be a sound of the future but I didn't realize how much impact it would be. Listen to album in iTunes
Posted by Unknown at 22.6.13 No comments:

There´s some good finnish psy artists in Finland.
I could mention two that are pretty nice ones:
Huopatossu Mononen ja Texas Faggot